Slovenská poézia v anglických knižných prekladoch (Slovak Poetry in English Book Translations) is the latest monograph by the well-known Slovak literary scholar and translator, professor Marián Andričík. In this extensive volume Andričík sets for himself an ambitious goal: to map and critically evaluate all book-length English translations of Slovak poetry published from the beginning of the 19th century, when the English-speaking world first started to show interest in Czech (and Slovak) poetry, up to the present. Professor Andričík is certainly highly qualified to put together this type of book, as he is not only a translation scholar, but is himself an active translator of both prose fiction and poetry. His works as a translator include two collections of mythical children’s stories by Ted Hughes (published in Slovak as Príbehy o stvorení and Železný muž by the publishing house Modrý Peter) or most recently, the Slovak translation of the epic poem Paradise Lost by the great English poet John Milton, for which Andričík received the Crystal Wing Award1 last year. At the beginning of his monograph, Professor Andričík writes that „English book translations of Slovak poetry have not yet been subject to complex literary reflection“ (p. 9), and this book represents his attempt to rectify the situation.

In terms of content, the monograph is divided into two parts. The first part discusses anthologies of Slovak, Czecho-Slovak or East European poetry published in English, while the second part focuses on collected works by single poets. The anthologies featured in the first part are ordered chronologically, according to their date of publication, while the second section of the book is organised thematically: the individual chapters in this section are devoted to poets who started writing in the 1960s, to female poets, to representatives of Catholic poetry, etc. This structure clearly reflects the author’s aim, which is to put together a comprehensive overview of the body of translated Slovak poetry. Just a cursory look through the volume shows, for example, that the number of translations of Slovak poetry into English — and with it, probably, the interest of English-speaking readers in this poetry — is growing. Only four English anthologies containing poems by Slovak authors were published over the course of the entire 19th century. Not only were anthologies of this type rare at the time, but Slovak poetry was usually represented only by two poets writing in Czech: Ján Kollár and Pavel Jozef Šafárik. By contrast, a total of nine anthologies as well as several collections of works by individual authors have been published in the most recent period covered in Andričík’s book (1990 – 2020). In the second part of the monograph, the division of chapters according to authors and topics makes it possible to compare the approach of different translators to the work of a single poet, or even compare translations of the same poem from several translators.

The number of primary sources analysed in this comprehensive study is truly impressive. We can conclude that the book represents a complex and exhaustive picture of the state of the field. However, despite the amount of data collected, the text does not seem too complicated or inaccessible. On the contrary, the book is written in clear, matter-of-fact language, and as a result the author manages to present the information in such a way that the reader can easily make sense of it. In this context, however, the book could be criticised for its graphic layout, especially the placement of the texts of the individual poems and their translations. Throughout the book, translations are placed below their Slovak originals, and it is often the case that the Slovak version of a poem appears on one page while its English translation is on the next page, which makes it difficult to compare the two. It would be more practical to place the original and the translation side by side. This way the reader could easily follow the author’s arguments and verify them using the actual texts of the poems. The critical analyses of individual translations are generally quite brief: the author typically limits his scope to a selection of two or three poems per anthology or collection plus a short concluding paragraph at the end of each chapter. Of course, this is understandable considering the genre and scope of this monograph, but many times during reading I felt that I would like to learn more. It might have been worthwhile to include a concluding chapter, in which the author would have highlighted some general trends in terms of the style and quality of translations produced during the period under study, as well as a commentary on the current state of translation practice. It can therefore be said that the wide scope of this publication is both its greatest strength as well as its biggest drawback. However, the lack of overall assessment can also be seen as an opportunity for further research in the field, or possibly even as a source of material for a future book.

Slovak Poetry in English Book Translations is a thought-provoking book that raises many questions. One of them is the question of the reception of translations of Slovak poetry in the target culture: is there a real interest in our poetry in the English-speaking world? Is this interest growing? Is the choice of authors whose poems are translated a response to the demand of English and American readers, or does it arise from Slovak effort to promote ourselves abroad? Another thing that I noticed was the relatively small number of female poets compared to their male counterparts. Is this a reflection of the position of female writers in Slovak literature in general, or rather a decision on the part of translators? As for the current state of the field, when reading the book, it was impossible not to notice that two personalities dominated among the translators, namely Irishman John Minahane and the Scottish poet and translator James Sutherland-Smith. This is logical and understandable considering the relatively small number of translations produced, but it would be interesting to see if the style of these two authors somehow affects the quality and character of the whole body of English translations of Slovak poetry.

The questions above prove that there is definitely space for critical analysis in the field of translation in general, and in the field of poetry translation in particular. And although translation criticism remains largely a topic of academic debate, rather than of popular interest, I believe that professor Andričík’s latest monograph is a useful publication that is sure to find its reader. This comprehensive book can serve as a practical tool for other translation theorists, but it has the potential to interest poetry publishers and educators, too. It could also function as a sort of readers’ guide to English translations of Slovak poetry and help a novice get acquainted with what is on offer. Even though Andričík writes in a highly objective manner, it is still possible to highlight some translated volumes that were more successful than others. If I could name just a couple that stood out to me after reading, it would probably be The Bloody Sonnets (2018, Literárne informačné centrum), John Minahane’s translation of Pavol Országh Hviezdoslav’s seminal collection of anti-war poetry, or Mária Ferenčuhová’s collection Tidal Events (2018, Shearsman Books), translated by James Sutherland-Smith. Finally, the book can serve as a springboard for further, in-depth research into issues related to the translation of Slovak poetry, such as those I outlined above.

1 The Crystal Wing Award is awarded each year to notable personalities from Slovak public life for their accomplishments in various fields, including Philanthropy, Music, Literature and Journalism, and others. 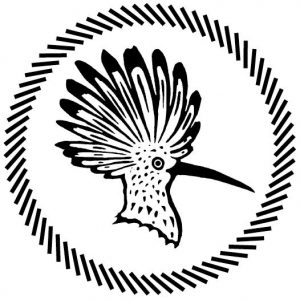